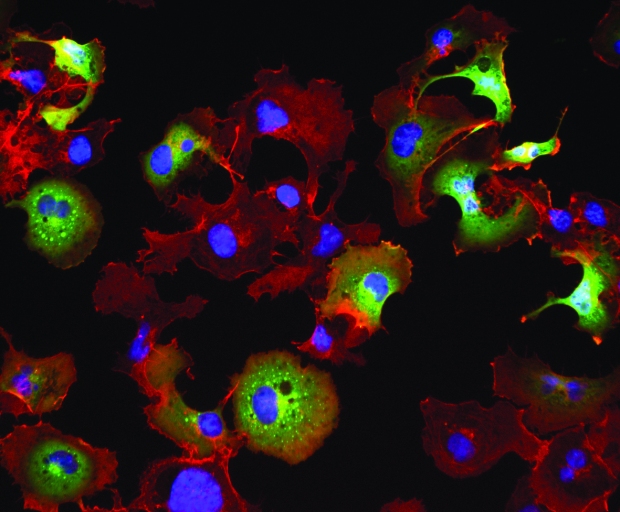 The recent Cancer Research UK advert “We Can Win This Fight” vividly personifies cancer, using first person narration to represent the ‘voice’ of the disease. By painting cancer as an embodied opponent and using the rhetoric of warfare- of ‘winning’ and ‘fighting’- the advert has a strong message of battling against the disease. Such military metaphors are ubiquitous and useful in raising support and funds for charities such as Cancer Research UK, but what effect could these metaphors have on the patients who suffer from illness, particularly in a society in which we seem to be fixated on health?

It is difficult to avoid discussing health. Our screens, our radios, and our papers have become manuals full of advice and warnings to safeguard our wellbeing against illness and disease. Though, as Robert Gwyn suggests in ‘Communicating Health and Illness’1, health is not our natural state as human beings, we are sold on the idea of ‘perfect health’1: an ‘illusionary idea more and more regarded as the norm, the undisputed prerogative of an unmarked version of humanity…Any hint of waywardness from [these] established norms is perceived as a type of deviance, indicating a marked and lesser humanity.’1

This perceived ‘lesser humanity’1 of illness can lead to stigma for those suffering from disease, especially those who suffer from ‘the most dreaded disease’2: cancer. Susan Sontag, who wrote ‘Illness as a Metaphor’ in 1978 after her own experiences with cancer, suggested that ‘people with cancer [found] themselves being shunned’2 as though cancer were ‘morally contagious’2. So embedded is cancer in the western psyche that even the word itself is weighted with connotations. Sontag wrote that ‘in the popular culture, cancer equals death’2 and that cancer is ‘treated as an evil, invincible predator, not just a disease’2.

‘A lot of people hate me, Sean’s no exception, He’ll never forget what I put him through.  John and Audrey haven’t spent a day apart in 50 years. Because of me they won’t be together tomorrow.  Will has been fighting me a long time now, he’s about to find out if he’s won. Sophie’s getting stronger, more people like her are beating me, but this isn’t over yet. Because I am cancer’

Narration from “We Can Win This Fight”

Though Sontag wrote “Illness as a Metaphor” in the late seventies, recent adverts such as “We Can Win This Fight” show that, at least in part, these views continue to prevail; cancer is still seen as ‘not just a disease’2, but as a foe challenging our ideal of perfect health. The first person narrative in the advert invokes a picture of cancer as a corporeal enemy, a separate form from the body in which it exists. This ‘other’ being with its human-like voice and human-like actions can be interpreted a mortal being which speaks as if from its own perspective, and as something more than a cluster of mutating cells. The partition between the patient’s body and the cancer is useful in campaigns for charities like Cancer Research UK. Giving cancer a voice allows the heavy connotations that are embedded in our western psyche to be encapsulated in one ‘other’ being. This distinct form is one that might be perceived as easier to ‘fight’ and ‘defeat’ than when cancer is seen only as a mutation in the cells of an individual, invincible in that it is intrinsically tied to the identity and life of the body it invades.

Fighting, battling, invading… the rhetoric of warfare is rife in healthcare and illness. Even as a child you are a ‘little soldier’, rallying against sickness when you fall ill. Sontag wrote that the military metaphor first became widespread in medicine when bacteria were identified as the causes of some illnesses in the 1880s. But ‘talk of siege and war to describe disease now has, with cancer, a striking literalness and authority’2. Society has declared war on cancer- Cancer Research UK asserts “We Can Win This Fight”. Given a cause to rally around, we can use the arsenal of science and research to secure victory against a dreaded opponent. Another recent Cancer Research UK advert, “Enemy” asserts ‘One day research will beat cancer’. Science and research are our ‘weapons’ in this ‘war’ waged against disease. The military metaphor is evidently a powerful tool used in advertising by charities such as Cancer Research UK , raising support for the valuable and vital work they do.

The metaphor may have value for individual patients too – offering optimism and inspiring determination to battle the disease and escape ‘demoralization’2 which Sontag suggested sufferers may feel when ‘learning what disease they have’2. However, in Barbara Ehrenreich’s ‘Welcome to Cancer Land’ (an essay published in 2001) she struggles with the metaphor. Separating the cancer, an evil predator, and the body in which it resides seems to stand at odds with the nature of the disease. She calls the cancer cells in her body ‘the fanatics of Barbaraness, the rebel cells that… carry the genetic essence of me’. The cancer seems for Ehrenreich not to be a separate enemy, but a part of her, the part, in fact, which is the most fanatical about her; not a predator but an overzealous fan.

This aversion to the widespread ‘cancer as an evil enemy’ metaphor highlights one potential impact of military rhetoric in cancer care. Sontag suggested that ‘cancer was regarded… as a diminution of self’. The enemy is not bacteria but ‘the fanatic… cells’ of the patient whose body has become the battlefield. The cancer takes over the body, perhaps physically, but also metaphorically. Ehrenreich comments that, for her, the line became blurred between ‘selfhood and thing-hood…organic and inorganic, me and it’. With the focus on treatment in ‘battling’ the ‘invasion’ and fighting’ and ‘beating’ the disease the distinction between the person and the ‘other’ form of the cancer could pose difficulties. The cancer may seem to displace the essence of the individual, remodelling their body as an arena of battle. Ehrenreich commented of her diagnosis that ‘the most heinous thing about that sentence is not the presence of cancer but the absence of me….I have been replaced by it’.

It was military metaphors, and their stigmatizing of those who are ill, that led Sontag to write ‘Illness as a Metaphor’. Though they serve a purpose, promoting support for critical and life-saving research by charitable organizations, military metaphors also fuel our obsession with perfect health, where disease is an ‘evil invincible predator’2, and may have negative effects for those suffering from serious illness. Though military metaphors play a significant role in the discourse of health it is important that we are aware of the potential for both positive and negative repercussions. Sontag suggested avoiding metaphors in illness discourse altogether, and that instead that ‘the most truthful way of regarding illness is – and the healthiest way of being ill – is one most purified of, most resisting to, metaphoric thinking’2.

Victoria Druce is currently studying for an MSc in Science Communication and is one of the editors of Refractive Index.