The tenth in our series on this year’s group projects by Sci Com students . This week Clementine Cheetham, Laura Templer and Antonio Torrisi explore the challenges of policy making and public engagement. 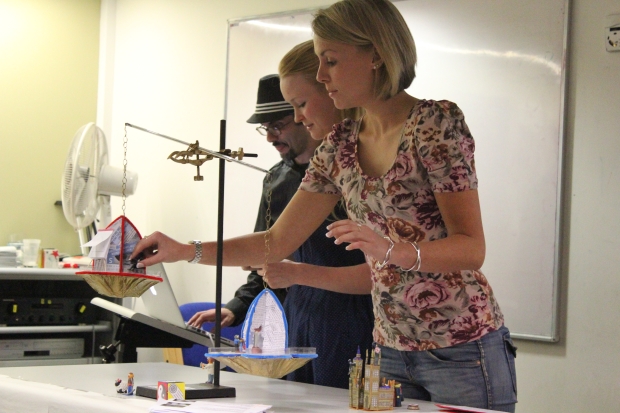 The scales were designed to satisfy three objectives: They had to encourage audience interaction so we made them pretty and approachable. They had to be polysemic in order to remove the possibility of getting ‘the wrong answer’ and to encourage a state of questioning. They were to be familiar but unfamiliar at the same time.

This art craft becomes an interactive tool that wants to at the same time be engaging and reflexive about the big problem of public engagement.

In building the scales we also considered practical aspects such as size and materials as well as artistic and aesthetical aspects. 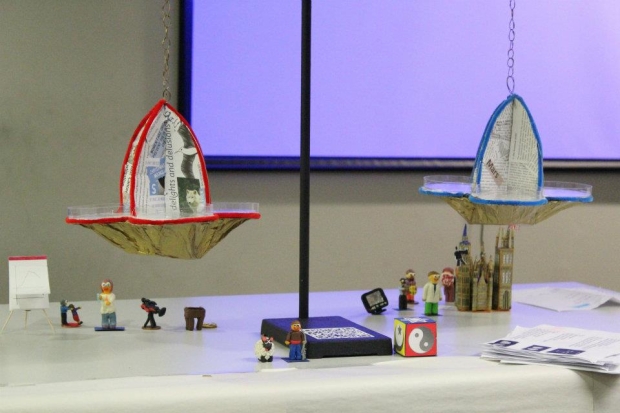 The scales are constructed using equipment and material from scientific laboratories:

The materials were painted in gold and black in the artistic style of an old scale as well as “golden” scale.

The weights have been modelled with plasticine and cardboards and each of them represents a class of members of the society, such as politics, media, lobbies or concepts and values such as lay knowledge and trust, in a symbolic way. 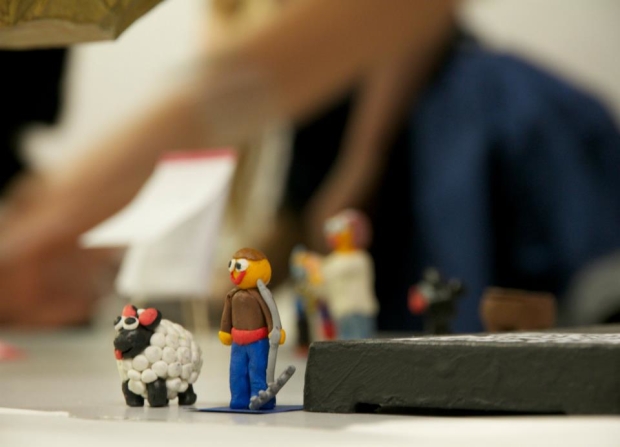 The scale was constructed in such a way to enclose a number of metaphors related to many aspects of policy making and public engagement:

Furthermore, a web site has been developed by one member of the group: www.jcheetham.dsl.pipex.com.

The web site can be accessed on an observer’s phone via a QR code t. It provides clear pictures of the weights with a full explanation of their symbolic meaning and it encourages further discovery down embedded hyperlinks.

Clementine Cheetham, Laura Templer and Antonio Torrisi are currently studying for an MSc in Science Communication at Imperial College, London. Antonio is also one of the editors for Refractive Index.